This website or third-party tools used by this site make use of cookies necessary for the operation and useful to the purposes outlined in the 'Cookies policy'.
By closing this banner, scrolling through this page, clicking on a link or continuing navigation in any other way, you consent to the use of cookies. 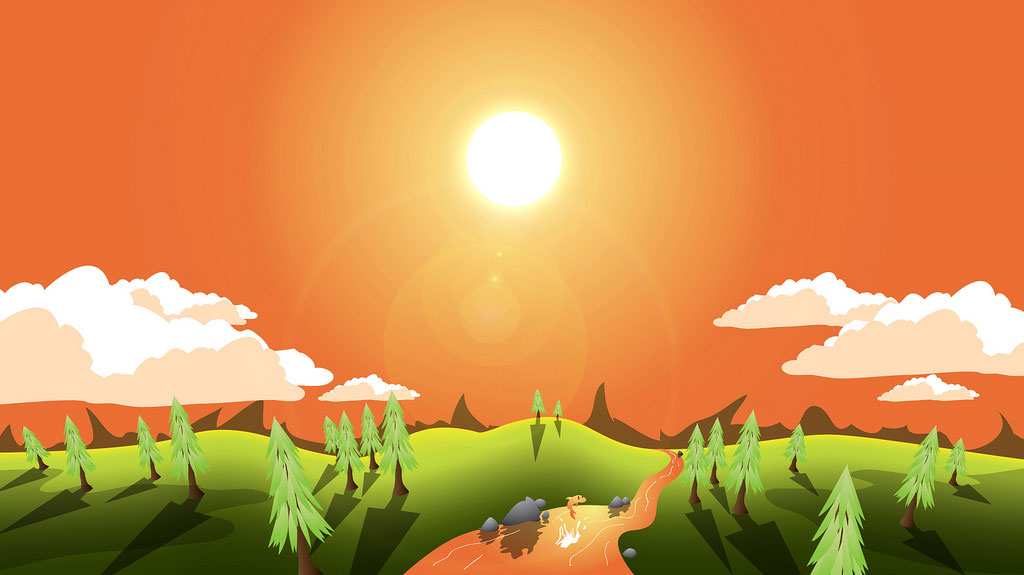 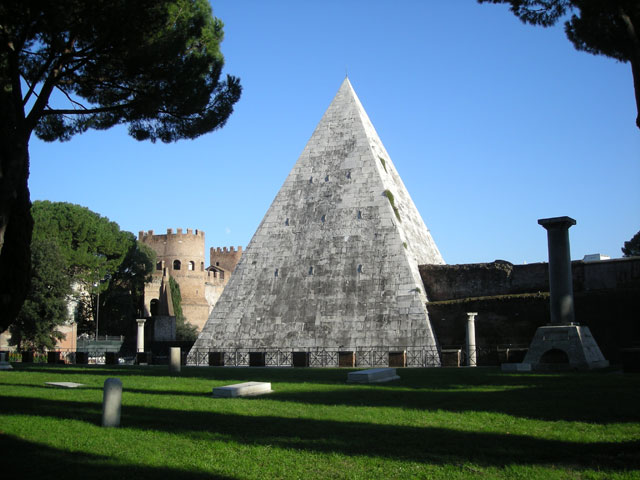 The Piramide di Caio Cestio, also called Meta Remi, is at present the only surviving example of a series of buildings that, starting from the 1st century BC, appeared in Rome when things oriental were in fashion. The conquest of Egypt, which ended with the battle of Actium in 31 BC, opened for the rich a new type of funerary building. Building a funeral monument on the main streets was the best way to leave a perpetual memory of oneself. We know that in Rome there were at least two or three other pyramids.

One on today's via della Conciliazione called Meta Romuli or also Meta di Borgo, represented in numerous works such as the bronze door by Filarete made between 1433 and 1445 for the Vatican basilica.
Then Pope Alexander VI, upon the opening of the Via Alessandrina in 1499, began the demolition of the pyramid that in a few years was completely destroyed.

A third and maybe fourth pyramid stood certainly on the sides of Via Flaminia, at Piazza del Popolo. The Cestia pyramid's base side is 29.50 metres (one hundred Roman feet) long and 36.40 metres high. It is made of a massive nucleus in cement work, inside of which is the sepulchral room, made of a barrel vault, and measures 5.85 x 4 metres.It is decorated with candelabras, vases and figures of women The Victories. The outside covering is in Marmor Lunensis.. On the four corners there were four columns, two of them visible today were discovered during the 1660 excavations and repositioned.

The pyramid was built in 330 days, to disposition by will, for Caio Cestio Epulo, septemvir of the overeaters, who was a member of the priestly residence in charge of the administration of religious banquets. He could also be the Praetor of the same name who built the Cestio bridge between the Tiber Island and Trastevere.

One could date the building of the Pyramid somewhere between the years 18 and 12 BC. The tomb was violated in the Middle Ages by treasure seekers who penetrated through a tunnel dug on the northern side, the narrow, sloping passage, mentioned by Antonio Bosio, the great explorer of cemeteries in Christian Rome who penetrated it in the 17th century. In 1663, under Pope Alexander II, the pyramid was the object of further excavations and there were thoughts of turning it into a small Christian church.